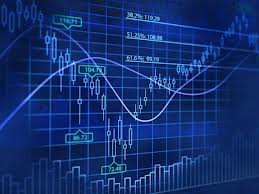 Easy monetary conditions and tighter regulation for banks naturally encourage risk transformation and liquidity creation outside the banking system. Institutional asset managers are key agents of that development. As such shadow banking relies on collateral value rather than external backstops it can make the financial system more pro-cyclical and vulnerable. The size and herding incentives of large asset managers could reinforce excesses.

This updated review is an extended part of the summary page “Financial System” (view summary page here) of this blog.

Non-conventional monetary policy and regulatory tightening (view post on basics here) have reinvigorated a secular trend towards credit, maturity, and liquidity transformation outside the regulated banking system. Yield and volatility repression through central banks encourage risk transformation in general, while tighter risk and leverage limits for regulated banks motivate migration into less restricted institutions. Financial intermediation outside the regulated banking system is widely (and ominously) called “shadow banking”. Front and center of shadow banking in developed markets are institutional asset managers, which are the key suppliers and receivers of liquidity services and collateral (view post here).The rising importance of shadow banking and asset management has profound implications for financial system risk. First, liquidity services of shadow banks is dependent on collateral value (i.e. financial asset prices) and lacks an official  backstop, such a central bank or deposit insurance. This makes overall liquidity and market prices more pro-cyclical and prone to escalating dynamics (euphemism for “bubbles” and “crashes”). At the same time, asset managers’ growing systemic role is compounded by their rapid medium-term growth. The sheer size of their assets under management relative to market liquidity and their proclivity to simplistic risk management and herding, is likely to further accentuate risks of excesses.

The basics of shadow banking

Maybe the most critical function of the shadow banking system, from a systemic point of view, is to channel the cash pools of institutions, typically asset managers, via collateralized transactions to the funding of loans, bonds, and equities. Hence, in parallel to the classical deposit-based funding of bank intermediation, the shadow banking system establishes a secured transactions-based wholesale funding of non-bank intermediation (view post here).

The collateral used in these transactions has typically likewise been sourced from asset managers, in a practice that is called ‘re-use of pledged collateral’. This means that the shadow banking system has become a catalyst for the build-up of ‘collateral chains’, sequences of transaction that use the same asset for multiple securitizations. As a consequence, the role of asset managers and off-balance vehicles of banks in intermediation has greatly increased, as has the importance of asset managers as source for ‘collateral mining’.

The systemic risks of shadow banking

Unlike regulated banks, institutions labeled as shadow banks typically have no direct and explicit access to public sources of liquidity or credit backstops. This means that shadow banking only has limited capacity to absorb liquidity pressure and hence is more prone to manifest and contribute to escalatory crises (view post here). Moreover, unlike traditional money, shadow money is constrained by the value of assets that serve as collateral.

Regulators fear that shadow banking has been conducive to excessive leverage in the economy and contributed to systemic pressure through sudden stops and asset fire sales. The risk of fire sales is a particular concern in private repurchase operations (view post here), the main market for funding of securities holdings. More generally, reliance on secured financing provides a powerful channel of transmission of shocks in the financial system:

Moreover, distress in collateralized transactions could easily spill over to regulated banking activity, particularly through broker-dealer activities. In order to achieve collateral efficiency dealer banks engage in rehypothecation, And in order to minimize balance sheet usages, they use their scope for netting positions. In case of market distress and collateral value losses, dealer banks face rollover risks, which are not dissimilar to a classical deposit run (view post here).

Beyond internal risks, shadow banks may be impaired by malfunctioning markets, maybe though direct political interference and tax measures. A drastic example have been plans for the introduction of a financial transaction tax by 11 countries of the eurozone (view post here). In its original form this tax would have had a profound negative impact on investment returns and on liquidity in markets for cash products and derivatives.

Shadow banking becomes a systemic risk particularly if it grows rapidly relative to other markets and is motivated predominantly by regulatory arbitrage (view post here). These risks may end up being “put” to the public safety net, as many shadow-banking-related entities—banks, dealer banks, and (under some conditions) money market funds—benefit from implicit or explicit guarantees. These “puts” make the system effectively subsidized (view post here).

Large parts of financial markets are dominated by classical long-term real money institutions, such as mutual funds, pension funds, insurances, and sovereign wealth funds. Other more specialized funds have carved out niches for special purposes. Altogether, the role of professional asset management has been growing with total assets already close to USD90 trillion, roughly equal in size to global GDP.

The expansion of institutional investment is being propelled by the demographic development of the world, particularly population aging, which is for the time being is bringing the median age of the world population closer to the point of maximum saving, resulting in a growing savings glut (view post here). As a result, the importance of asset management for global liquidity (defined as ease of financing) is increasing relative to the regulated banking system, in particular through greater presence in bond markets (view post here).

As demographics and economic development propel the industry to ever higher assets under under management, self-reinforcing correlated dynamics become a greater systemic concern. Market conventions, accounting practices, regulatory changes and structural changes in the industry all contribute to this risk (view post here).

Long-term institutional investors are subject to regulation and standards that can impair the efficient allocation of assets. Also, there is evidence that these institutions can become pro-cyclical in their investment style, particularly in crises, because:

Negative momentum that results from investment management can be reinforced by redemptions. Moreover, the impact of flows and prices is likely becoming stronger. In the fixed-income space, torrid growth in the size of funds has in recent years has been in stark contrast with weakening market intermediation (“market making”) by banks. This has largely been the consequence of regulatory reforms and increases the risk of severe market dislocations if and when accommodative monetary policy is to be rolled back.