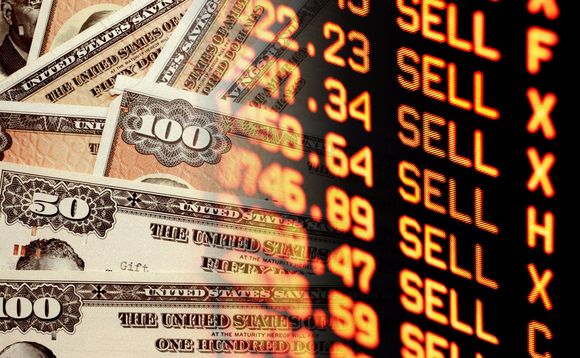 A new paper proposes to decompose the U.S. government bond yield curve by applying a ‘bootstrapping method’ that resamples observed return differences across maturities. The advantage of this method over the classical principal components approach would be greater robustness to misspecification of the underlying factor model. Hence, the method should be suitable for bond return predictions under model uncertainty. Empirical findings based on this method suggest that equity tail risk (options skew) and economic growth surveys are significant predictors of returns of government bonds with shorter maturities.

The below are excerpts from the paper. Emphasis and cursive text have been added.
The post ties in with the SRSV summary on macro trends, particularly the section on “why macroeconomic change matters”.

The case for a new method for analyzing yield curve factors

“The debate in the term structure literature appears largely settled in favor of the first three principal components of yields, commonly referred to as level, slope, and curvature…[However,] characterizing the true factor structure of the term structure of interest rates is much more challenging than it appears. Common indicators of goodness of fit such as explained variation or the interpretability of the factor loadings are less informative than currently appreciated…The strong time series persistence of yields and the natural maturity ordering combine to obfuscate the underlying data generating process…Strikingly, we can fully describe the observed level-slope-curvature factor space in yields by a single parameter: the persistence of the spot rate…a statistical artifact of the ‘mechanical’ feature of the model.”

“The difficulties in characterizing the minimal dimension of the drivers of the term structure of interest rates…may be traced back to two key properties: (1) the strong time-series persistence of yields; (2) the overlapping cross-sectional averaging of forward rates to obtain yields…This…affects the estimation of static principal components, which is the widely employed method for estimating the level, slope and curvature factors from yields…Yields are not good primitives for modelling and extracting the relevant factor space.”

“We propose a new method for resampling the yield curve [‘bootstrapping’] that is agnostic to the true underlying factor structure and the correct specification of the pricing model, and robust to unknown forms of serial correlation, conditional heteroskedasticity, cross-sectional dependence and measurement error.”

N.B: The bootstrap method is a tool for making statistical inferences when standard parametric assumptions are questionable. In particular, bootstrapping resamples a single dataset to create many simulated samples. Just as a sample is drawn from a population, so one can consider a sample as a population and repeatedly draw observations from it. Each bootstrap sample is drawn with replacement and has the same sample size as the original. This process allows calculating standard errors, construct confidence intervals, and perform hypothesis testing. The method has a relatively short history because it requires computer power to simplify the often intricate calculations of traditional statistical theory.

“The bootstrap procedure resamples the [return differences across maturities] that are characterized only by weak cross-sectional dependence and time series persistence. The resampled differenced returns are then used to generate bootstrap samples of the whole yield curve, conditional on an initial forward curve…Since the bootstrap is model-free, as it does not impose a particular model for generating the data, it is also robust to possible model misspecification.”

Predictability of US Treasury returns

“We apply our bootstrap procedure to bond return predictability regressions for U.S. Treasuries…beyond the level and slope of the yield curve.”

“Simple measure of tail risk, the CBOE skew index significantly forecasts future bond returns even after controlling for the current level of interest rates along with the slope and curvature of the current yield curve…For shorter maturities up to around four years, there is strong evidence of bond return predictability based on the skew index. At very short horizons, especially, [significance is very high]. In contrast, at longer horizons, the evidence of predictability dissipates…This is…consistent with a flight-to-safety interpretation: when tail risk rises, contemporaneous bond returns rise and expected returns fall…Prior to the financial crisis the statistical evidence for bond return predictability based on the skew index was stronger than for the full sample.” 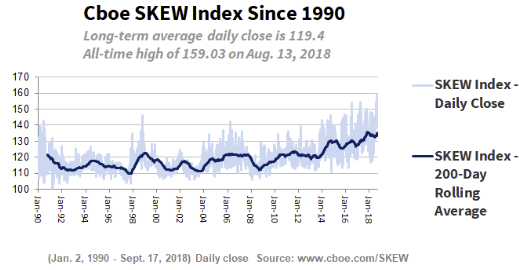 “Macroeconomic variables, here proxied by nowcasts based on survey data, have predictive power for future bond returns. For our predictors we use survey forecasts of the current quarter for the real short rate and real GDP growth from the Blue Chip Financial Forecasts (BCFF) survey…[in particular] the real short rate forecast and real GDP growth forecast…It is important to emphasize that these data are ‘real-time’ by construction…We observe that both additional predictors show signs of significant predictability for shorter-maturity Treasury returns. The evidence is stronger for the nowcast of real GDP growth especially at longer horizons [of] 3 and 4 quarters, out to about the 5 year maturity. As has found in previous studies, we observe a negative coefficient on the measure of real activity.”