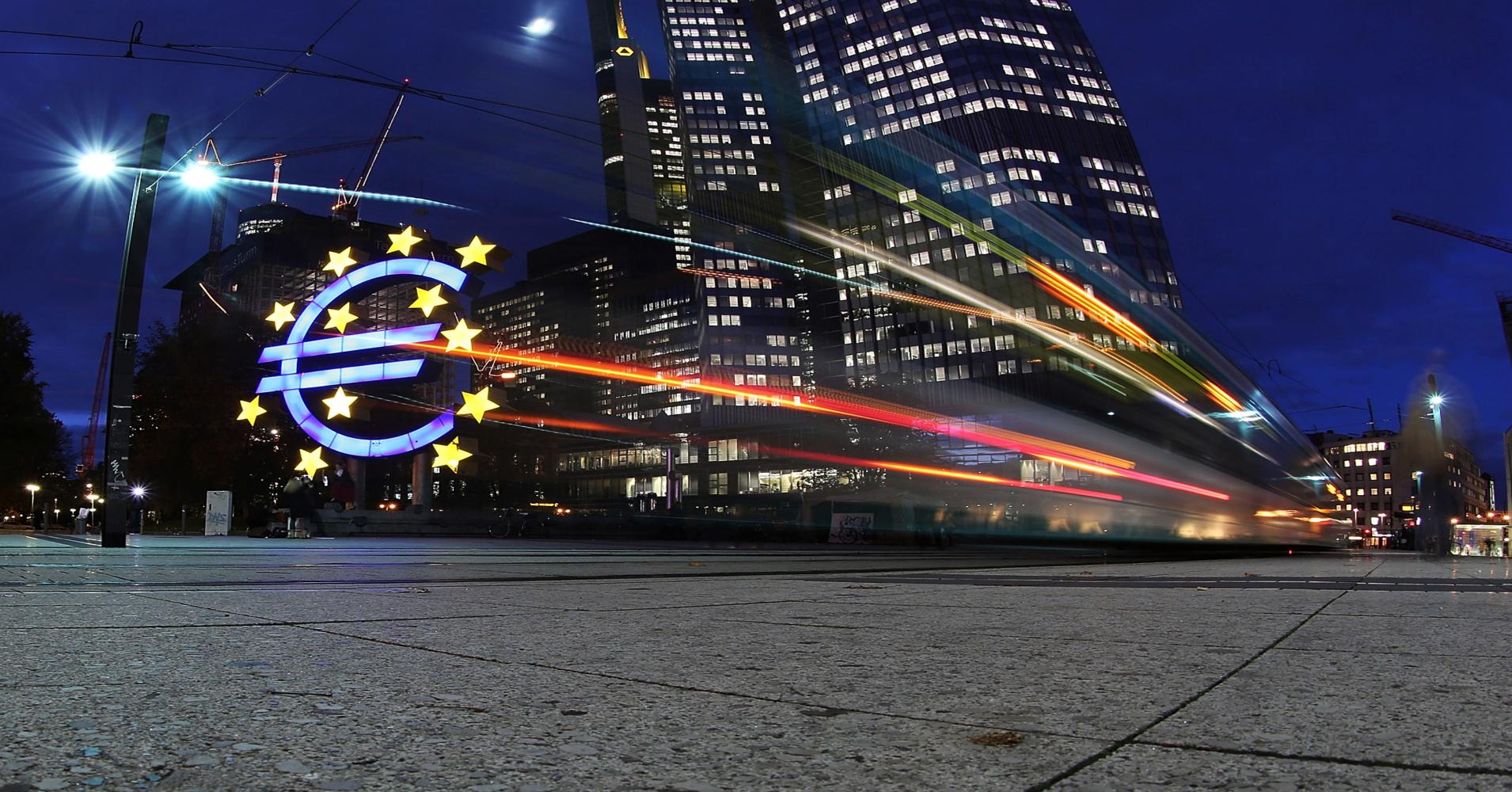 In case of further negative shocks the ECB has three final policy options. First, it could nudge its refinancing rate close to zero and become the first large central bank to introduce a negative deposit rate. Second, it could revive long-term repo operations, probably with a link to private credit and collateral enhancement, and accompanying cuts in minimum reserves and sterilization operations. Third, as a final recourse, the ECB could invoke its right to buy both public and private securities for the purpose of preserving price stability. This final step would raise most difficult operational issues, far more so than quantitative easing in other currency areas.

The below are quotes from bank research and ECB officials. Cursive lines and emphasis have been added. For full research reports please contact the respective organization.

“We know we have a powerful artillery of different instruments still available.”
[Draghi, 5 December 2013]

“The first set [of options] comprises exhausting the ECB’s standard policy lever by cutting rates further… in spite of cutting the key policy [refi] rate to a mere 0.25% in November the ECB kept the downward bias of its forward guidance… In the event of the key policy rate going to 15 or 10 bp this would entail a negative deposit rate of at least 10 bps, if not marginally more negative.”
[Credit Suisse, 29 Nov 2013]

“The Governing Council confirmed its forward guidance that it continues to expect the key ECB interest rates to remain at present or lower levels for an extended period of time…We had a brief discussion about negative deposit rates…That is one point I want to make: readiness to act [and] ability to act within the framework of forward guidance.”
[Draghi, 5 December 2013]

“Indeed, the ECB would enter uncharted territory were to introduce a negative deposit rate. As the ECB itself emphasises, that has never happened in a large currency area. It has happened in Denmark though, and even now Denmark’s deposit rate is still slightly negative. But in Denmark’s case negative side effects were observable (which were not very relevant for Denmark itself, because there the object was to stabilise the exchange rate), namely that Danish banks charged higher interest rates on corporate lendings to cushion the additional costs they incurred as a result of the negative deposit rate.”
[Commerzbank, 29 November 2013]

“One way to try and limit the adverse consequences of a negative deposit rate would be to start with a very small negative rate, of, say, -10bp, and then assess the reaction of money-market rates and banks before deciding what to do next. The comments from an ECB ‘source’ cited by Bloomberg in November were very specific on the option of a small negative deposit rate, giving the impression that the option is under serious consideration.”
[BNP, 3 December 2013]

“A second set of options…liaises with liquidity issues of the euro area’s banking system… The possibility of further LTROs [Long-term repo operations] , getting rid of sterilization and…lowering reserve requirements are often mentioned… The use of LTROs, however, continues to show fragmentation. Although all periphery banks are off peak levels seen in 2011 and 2012, Spanish and Italian banks still fund themselves to the tune of…7% and nearly 6% of their respective balance sheets. And Greek and Portuguese banks remain the most dependent on ECB funding to the tune of near to one-fifth and one-tenth of their balance sheets respectively… Lowering the reserve requirement would only increase the excess liquidity in the Eurosystem by a limited amount and thus hardly take pressure off EONIA. The maximum increase in the excess liquidity that could be achieved is EUR100 bn but this would entail taking the reserve requirement to zero, an option that… would be counterproductive because banks have no overdraft facility at the central bank. They would thus feel obliged to keep a buffer which is unlikely to be remunerated as compared to the reserve requirement which gets remunerated at the key policy rate… Cost considerations could prompt the ECB to end sterilization of SMP [Securities Market Programme] purchases. Sterilization of SMP purchases, the ECB’s 7-day fine tuning operations…has been attractive to banks with surplus liquidity especially… because the rate the ECB has to pay to absorb liquidity is negatively correlated to the amount of excess liquidity in the Eurosystem. Lower excess liquidity enables banks to park their surplus at the ECB at more attractive rates than the deposit rate. The sharp drop in excess liquidity has seen fine tuning operations becoming more expensive for the ECB as rates have edged up.”
[Credit Suisse, 29 Nov 2013]

“If the ECB should detect new liquidity shortages in the future, it is likely to respond…not only with tender transactions, but also by broadening the range of securities that are eligible as collateral and/or by reducing the haircuts on such collateral…For example, there are efforts underway to create or expand a market for ABS based on loans – in particular loans to small and mid-sized companies (SMEs). The ECB could accept such paper as collateral and thus indirectly support the financing of SMEs.”
[Commerzbank, 29 November 2013]

“With regard to money market conditions and their potential impact on our monetary policy stance, we are monitoring developments closely and are ready to consider all available instruments…When we conducted the LTROs two years ago, the level of uncertainty was very high. And therefore the long-term liquidity, three-year liquidity, was justified by that level of uncertainty… today the situation is fortunately substantially different. The level of uncertainty is considerably lower, and that is one consideration to keep in mind. The second consideration is that the use that these banks have made of this liquidity has been mostly to buy government bonds…if we are to do an operation similar to the LTRO, we will want to make sure that this is being used for the economy. And we will want to make sure that this operation is not going to be used for subsidizing capital formation by the banking system under these carry trade operations.”
[Draghi, 5 December 2013]

“The ECB’s hitherto generous provision of liquidity has also caused sizeable undesirable side effects: Banks on the periphery have used the ECB’s liquidity for repeated purchases of sovereign bonds, causing the undesired tight link between banks and state to tighten even further. Moreover, an overly generous provision of liquidity can delay the actually necessary resolution of insolvent banks (Ireland, Cyprus).”
[Commerzbank, 29 November 2013]

“Executive board member and head of research Praet did not rule out the option [of outright asset purchases for the purpose of monetary policy], so it is on the table if circumstances worsened…The tools for pure money creation in order to preserve the price stability objective have always been available to the ECB. There is no prohibition to buy private sector assets in the primary or secondary market and no prohibition to buy sovereign bonds in the secondary market. The often quoted article 123 of the Treaty merely forbids the ECB to create money in order to finance public deficits which prevents it from buying sovereign debt in the primary market.”
[Credit Suisse, 29 Nov 2013]

“The balance-sheet capacity of the central bank can also be used. This includes outright purchases that any central bank can do. The rules do not exclude that you intervene in the markets outright.…If our mandate is at risk we are going to take all the measures that we think we should take to fulfil that mandate. That’s a very clear signal.”
[Praet, 13 November 2013]

“People say: ‘Ah, the ECB should buy assets’. I say: ‘Which assets?’…You can like this in theory. In practice, you have to ask yourself what you mean. But, as I’ve said, lots of work, reflections – papers have been written on this. So, when the time comes we are going to be ready, if the time ever comes.
[Draghi, 5 December 2013]

“It is less straightforward for the ECB to expand its balance sheet by buying assets than it is for other major central banks. It is politically more sensitive and technically more complex…Buying private-sector assets could be more palatable to the skeptics on the Council, particularly if the purchases were focused on certain assets, say, asset-backed securities based on SME loans. We know that improving financing conditions for smaller businesses (which create most of the jobs in the euro area) has been a recurring theme of discussions among euro-area policymakers for some time now, but with limited results…One of the drawbacks of buying private-sector assets, however, would be the lack of deep markets in which to buy. This would limit the scale of any such purchases, as with the two prior covered-bond purchase programmes, and would hinder the effectiveness of the policy…Another complication with implementing asset purchases in the euro area is the potential for granting ‘privileged access’…The concern is that asset purchases can improve financing conditions in some euro-area member states more than in others.”
[BNP, 3 December 2013]

Printing money through a supra-national European bank such as the EIB could also be an option. While this option was dismissed a couple of years ago, it could resurface in the debate if really required to address the euro area’s woes. Since the EIB is a potential counterparty, it can repo assets with the ECB at any point and the EIB could then allocate liquidity among euro area member states in order to fuel economic activity.
[Credit Suisse, 29 Nov 2013]

A review of Fed forward guidance and maturity extension