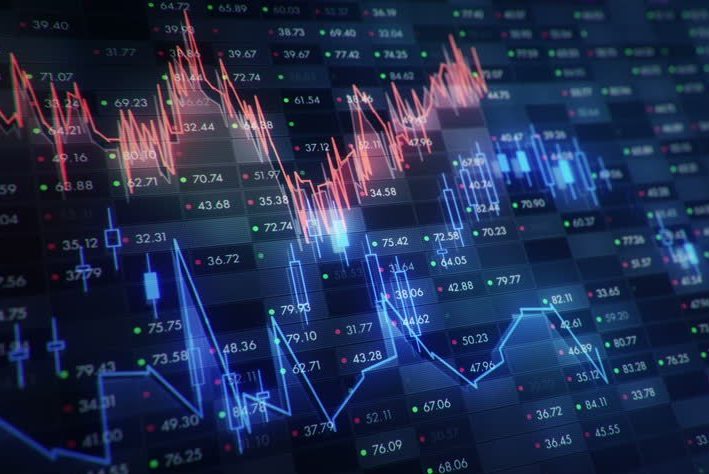 “While US stock and bond return correlations have been predominantly positive over the last 40 years, there have been persistent episodes of large negative stock-bond correlations in particular since the end of the 1990s…US stock-bond correlations were about 20% during the 1970s, increased to, on average, 40% during the 1980s and first half of the 1990s, to drop to, on average, minus 20% since 1998. Correlations varied substantially though over these subperiods: Correlations were as high as +70% in the fall of 1994 and as low as -67% in Q2-2003 and Q3-2012. [See also graph in next section]… We do notice more extreme negative correlations for safe haven countries such as the US, Germany, and the Netherlands during the global financial crisis.” 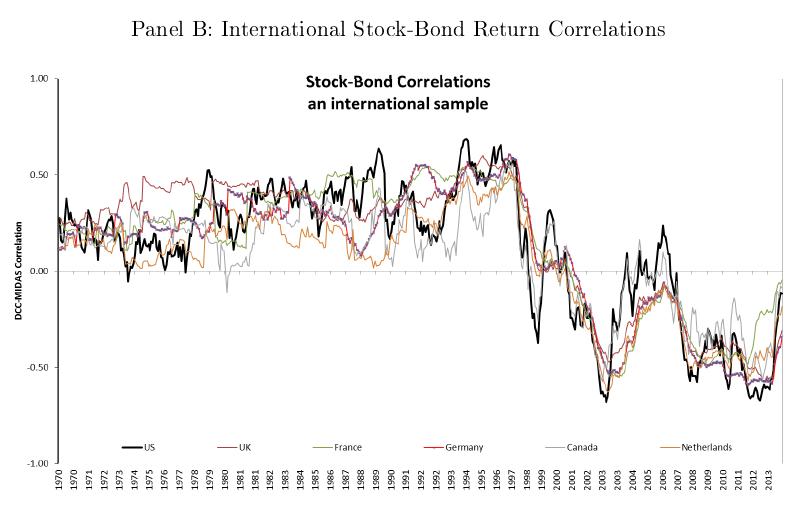 “When inflation is countercyclical, both equities and bonds are risky and move positively with inflation risk, inducing a positive correlation. When instead inflation is procyclical, equity and bond risk premia are negatively correlated as nominal bonds act as a hedge, inducing a negative stock-bond correlation….Inflation indeed switched from being countercyclical to being procyclical around the year 2000, about the time when also stock-bond correlations became negative.”

“Pure macro regimes explain relatively little of the variation in stock-bond correlations… The…main contribution of this paper is to investigate to what extent changes in monetary policy regimes, potentially interacted with these macro regimes, are more successful determinants of stock-bond correlations…Our main empirical finding that monetary policy stance plays a key role in understanding time-variation.” 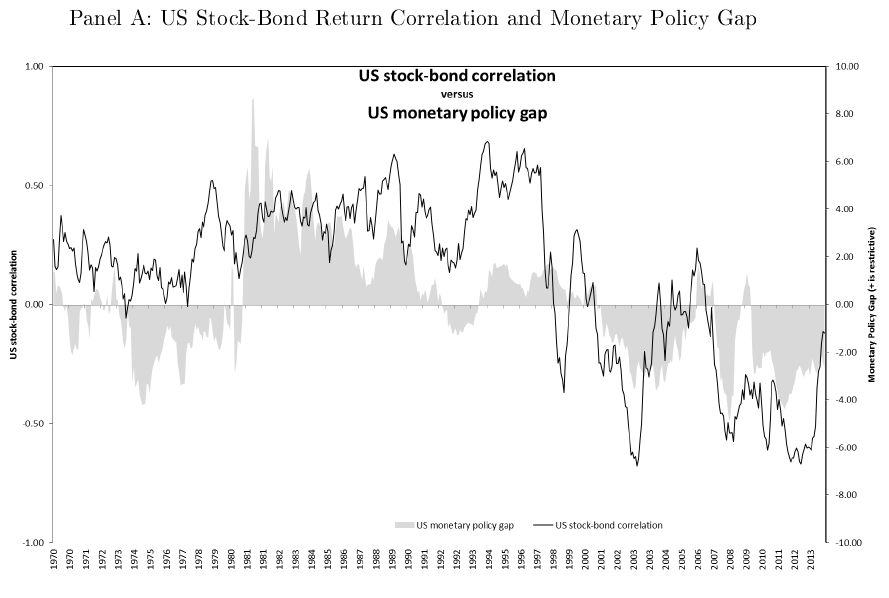 “The intuition is simple. In the low inflation state, investors are mainly concerned about the economy entering into a deflationary spiral. Accommodating monetary policy reduces the likelihood of this bad state, and instead makes positive inflation shocks more likely, leading to a drop of bond prices. At the same time, by reducing the likelihood of a deflationary state, a credible monetary policy stimulus also raises growth expectations and hence stock prices. In addition to a pure cash flow effect, accommodating policy may lead to increasing equity prices through its dampening effects on both economic uncertainty and risk aversion, and hence risk premia, amplifying the initial cash flow induced increase in equity prices. When instead monetary policy is restrictive, central banks are expected to react strongly to inflation shocks by (more than proportionally) raising short-term interest rates. This does not only lead to a drop in bond prices, but also to lower real output and equity prices, and hence a positive stock-bond correlation.” 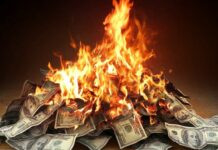