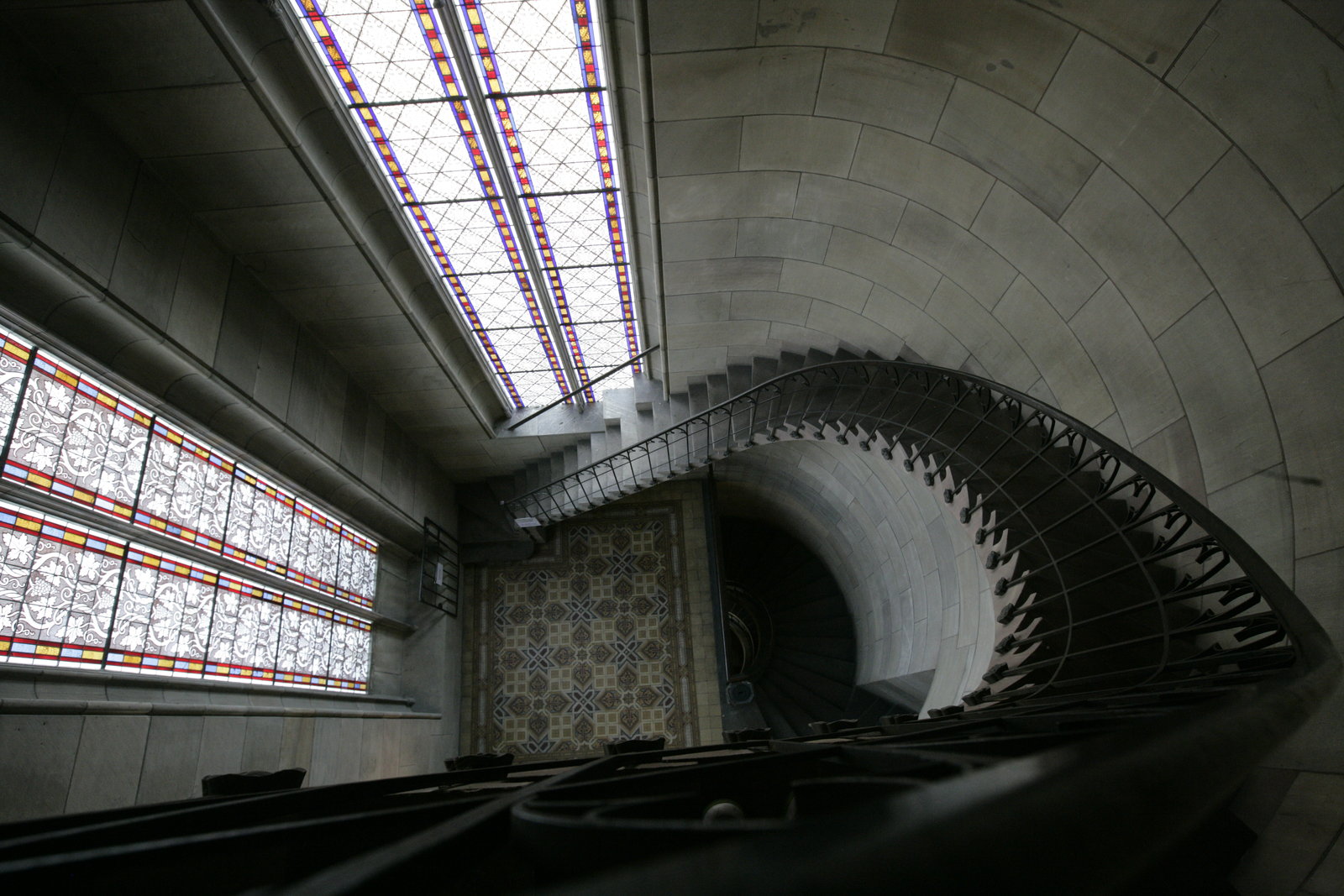 Experimental research suggests that probability of outright loss rather than volatility is the key driver of investor risk perceptions. Moreover, fear of drawdown causes significant differences of prices for assets with roughly equal expected returns and standard deviations. Investors forfeit significant expected returns for the sake of not showing an outright loss at the end of the investment period. This suggests that trading strategies with a high probability of outright losses produce superior volatility-adjusted returns. Rational acceptance of regular periodic drawdowns or “bad years” should raise long-term Sharpe ratios.

Perceived risk is not volatility

“Finance theory and textbooks clearly promote volatility as the main measure of risk, driven to some extent by the prominence of Markowitz’ portfolio theory and the resulting focus on the normal distribution.”

“While deeply rooted in finance theory, recent studies have questioned whether volatility, i.e., return standard deviation, really is the risk measure investors use intuitively when evaluating risky assets…and provide direct evidence that investors do not primarily focus on volatility, but that they evaluate asset return distributions mostly according to their probability of incurring a loss…Perceived risk is driven more by one-sided risk measures.”

On the fundamental difference between risk and measured volatility also view post here.

“The idea of our experimental design is to assess individual investor risk perception and to analyze its influence on prices and trading behavior in asset markets. We use eight different assets, each with a distinct return distribution… We conduct a controlled laboratory experiment in which we present participants with different asset return distributions, holding mean and standard deviation constant.”

“We select eight different return distributions such that…each has a mean return of close to 8 percent and a standard deviation of close to 18 percent [with one exception]. Our assets differ in terms of kurtosis, probability of incurring a loss, expected loss, skewness, as well as minimum and maximum return… All distributions are depicted in [the graphs below].” 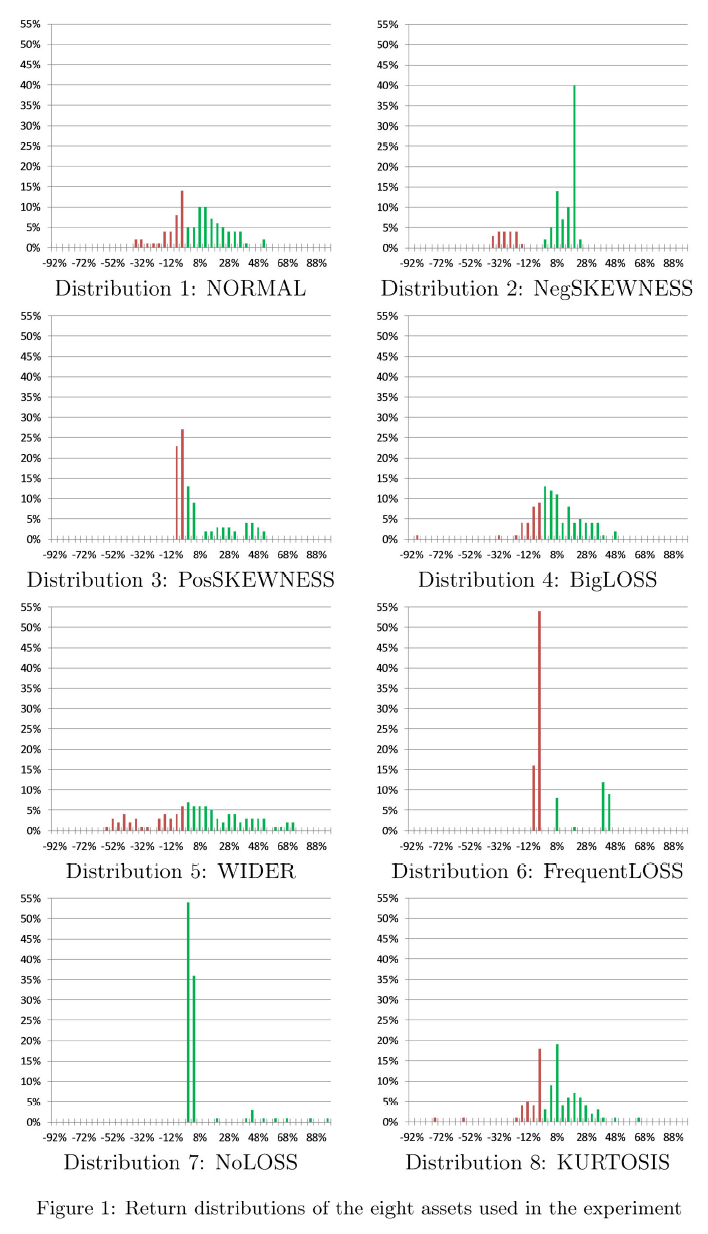 “Asset NORMAL is approximately normally distributed. Assets NegSKEWNESS and PosSKEWNESS display high negative and positive skewness of -1.256 and +1.276, respectively. Asset BigLOSS stands out with the possibility of losing up to 85 percent. Asset FrequentLOSS is characterized by 70 percent of cases leading to (moderate) losses, while asset NoLOSS never incurs losses (but usually only small gains). Finally, asset KURTOSIS has excess kurtosis of 4.56…Asset WIDER designed to have a higher standard deviation of 32 percent.”

“The main part of the experiment hence consists of eight periods, one for each of the assets. Each of the periods consists of two main parts: (I) the individual assessment of perceived risk and (II) the subsequent trading phase where eight participants trade the assets for three minutes in a continuous double auction market.”

“In each period, before trading started, subjects first had to individually assess the perceived risk of the asset on a 7-point Likert scale [a scale used to represent people’s attitudes]…We find evidence that individual investors’ stated risk perception is mostly driven by the probability of incurring a loss.”

“Our results clearly confirm [that] ‘probability of a loss’ is the only variable significantly driving risk perception… Each of the seven [graphs below] shows one of seven possible risk drivers on the horizontal axis and average risk perception (across all 96 subjects) on the vertical axis. While most of the potential risk drivers show no clear pattern, the ‘probability of incurring a loss’ stands out with a clear upward trend. The higher the probability of experiencing a loss, the higher the perceived risk of the asset.” 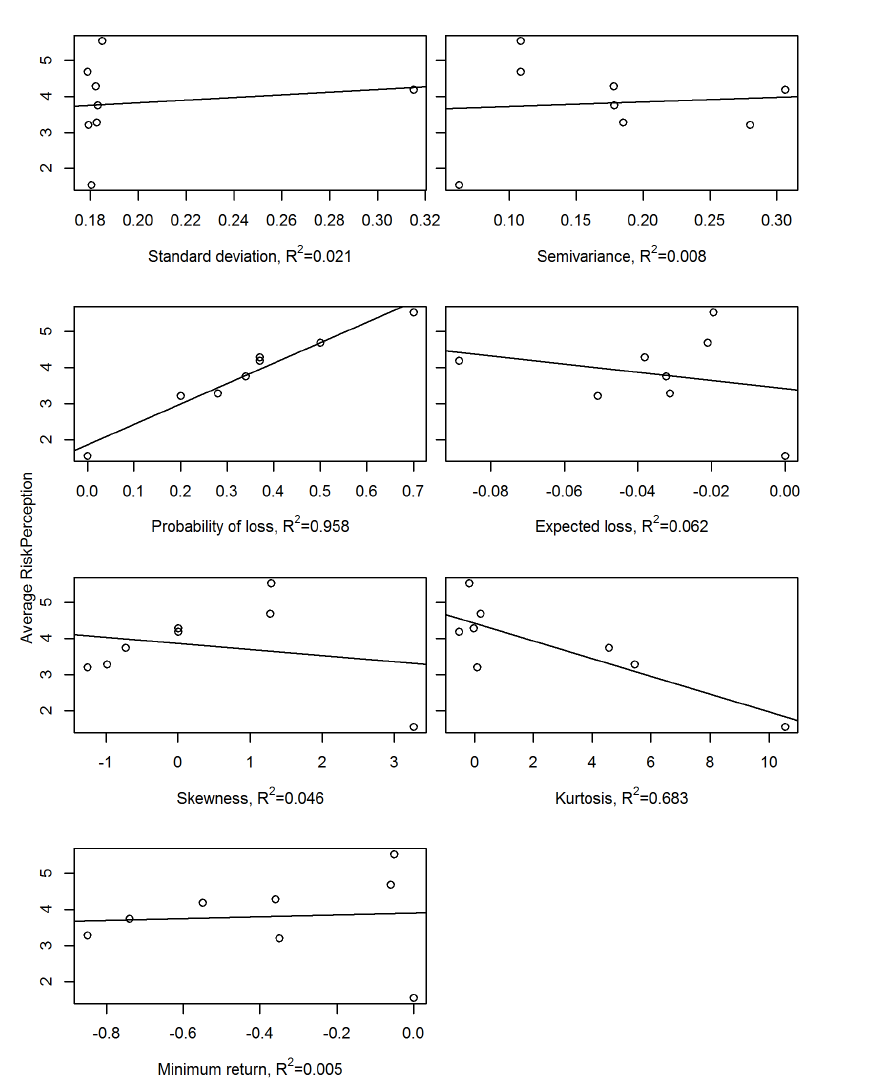 “Risk perception directly drives trading behavior and, by consequence, prices. Hence, variance of returns is not the main driver for risk perception or for market prices, while the probability of losing is.”

“Prices are strongly influenced by perceived risk, with the riskier assets trading at lower prices…asset we find average prices to deviate by roughly ±10%, depending on perceived risk…With a risk-neutral buyback value of 108, our eight assets trade at average prices of between 100 and 119. Asset prices and trading behavior in our experiments are driven by individual and average risk perception, and prices differ significantly for assets characterized by the same mean and standard deviation…The probability of incurring a loss explains roughly 96% of the variation in perceived risk, which in turn explains roughly 94% of the variation in average prices.” 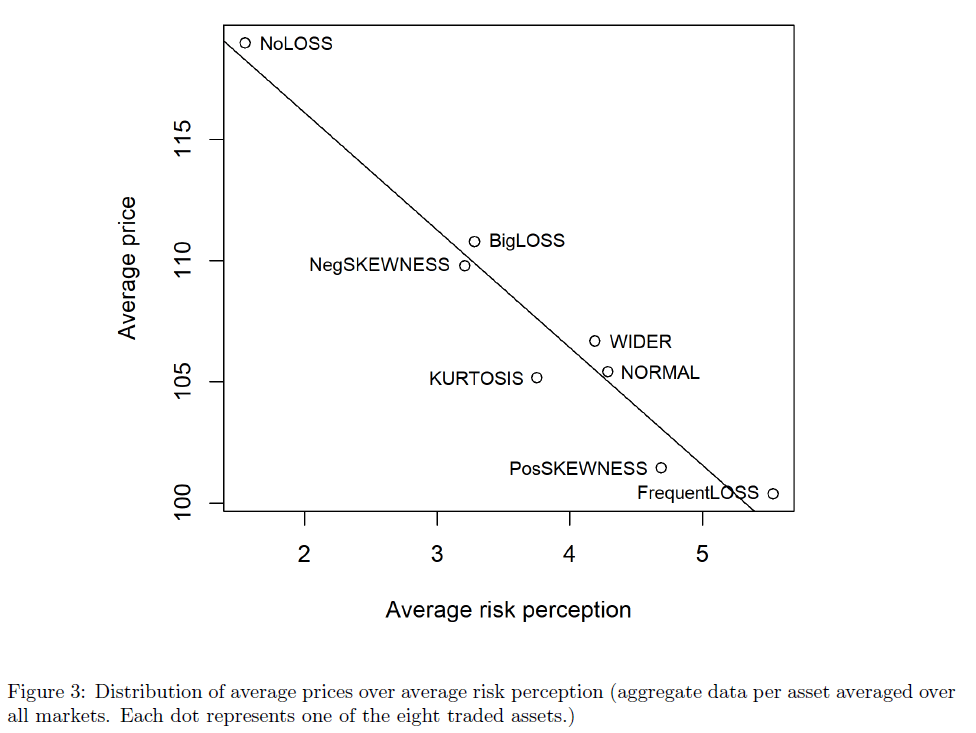 “Note that the return distributions we show to subjects are based on profits and losses relative to 100, and that the expected return is around 8 percent for each asset, leading to a risk-neutral price of 108 for each asset. At this price, however, asset NoLOSS can of course incur losses – if a subject buys the asset for 108 and the realized return is then 2 percent of the nominal BBV of 100, the subject only receives 102. As we observe an average trading price of 119 for asset NoLOSS, subjects actually incur losses with this asset in about 80% of all cases (as 80% of the possible realizations are below 19% return). However, we find most subjects to be either ignorant of this fact or ready to accept the (moderate) losses associated with the asset.”