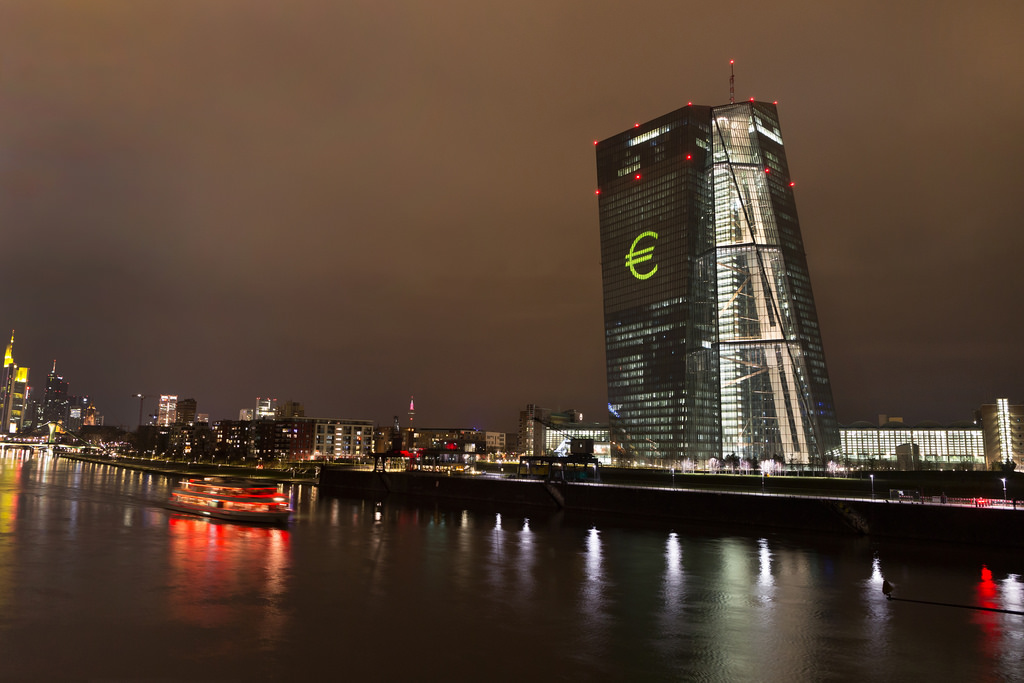 The European Central Bank is one of the most powerful institutions in the world and is running a particularly complex policy framework. For macro trading and financial modelling, the following points are critical: [1] The primary policy objective is medium-term inflation, with a horizon of two years or more and symmetric aversion to deviations from a mean of just below 2%. [2] In practice, policy rate setting has followed a simple dynamic Taylor-type rule. [3] The operational framework is very broad, with a wide range of counterparties and instruments. [4] The ECB has extensive experience with four types of non-conventional policies (long-term lending operations, asset purchases, negative interest rates, and forward guidance) that jointly exercise powerful influence on financial conditions. [5] The effectiveness ECB policy depends critically on coordinated national fiscal and regulatory policies. [6] Special mechanisms have been put in place to contain redenomination risk, i.e. fears that assets might be redenominated into legacy currencies.

The post ties in with SRSV’s summary lecture on the non-conventional monetary policy of the European Central Bank.

“A quantitative definition of the ECB’s primary objective of price stability [serves] as a clear yardstick for accountability.”

“Medium-term inflation above 2% is not consistent with price stability. However, it also implies that very low inflation rates, and especially deflation, are not consistent with price stability either… Due to the formulation of the inflation aim (‘below, but close to’), many observers continue to think that the ECB’s tolerance for lower inflation is higher than its tolerance for higher inflation, although ECB policymakers have continuously stressed the importance of symmetry.”

“Until October 2008, the main objective of the ECB’s operational framework was to steer very short-term interest rates in line with the decisions of the Governing Council. During that time, the main policy rate was the minimum bid rate (MBR) in the ECB’s weekly main refinancing operations (MROs). These are liquidity-providing repo operations conducted as variable rate tenders…
Big changes came with the outbreak of the financial crisis in October 2008… As excess liquidity increased and as a result, the EONIA dropped below the MRO rate towards the bottom of the corridor given by the Deposit Facility Rate (DFR), which became the main policy rate.”

“[A Taylor-style] rule links the change in the main policy rate of the ECB to deviations of the one-year ahead inflation forecast from the ECB’s inflation aim and deviations of the one-year ahead real GDP growth forecast from potential output growth… This rule describes quite well the behaviour of US policy rates during the Volcker/Greenspan period. [The figure below] replicates and extends the rule…The solid black line depicts the changes in the relevant policy-controlled interest rate. The shaded area shows the predictions where we use the one-year ahead forecasts for inflation and growth from the ECB’s Survey of Professional Forecasters and the European Commission’s real-time estimate of the potential GDP growth as input variables. The upper and lower limits of the shaded area correspond to a range for the inflation aim between 1.5 and 2.0%…It is remarkable how well this simple rule captures the changes in the ECB’s policy rate.” 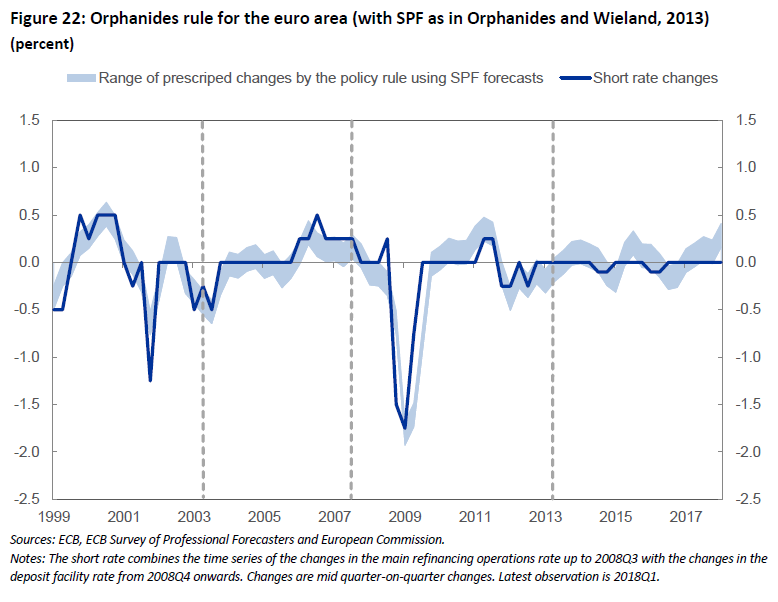 “Operational decisions are executed in a decentralised way between the counterparties and their respective national central banks.”

“One important feature of the ECB’s operational framework is its breadth… Given the diversity of euro area countries’ financial systems, a very broad framework was needed…The very long experience of many euro area national central banks was particularly helpful in this regard.

“The ECB’s operational framework was well suited to provide ample liquidity to the ECB’s wide set of counterparties and against a wide set of collateral quickly when the money market froze.” 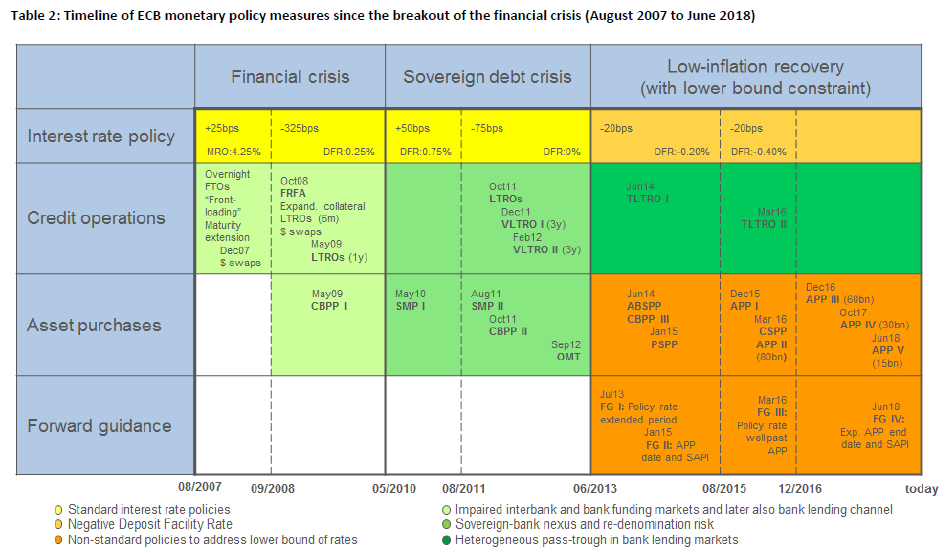 “During the early stages following the outbreak of the financial crisis the non-standard measures have mostly focused on bank funding markets…The ECB responded by adopting a fixed-rate/full-allotment (FRFA) tender procedure in all its regular monetary policy operations, expanded its list of eligible collateral (BBB or higher) and lengthened the average maturity of its outstanding operations. These measures led to a significant expansion of the ECB balance sheet as the ECB became the market maker in the money market.
As part of the attempt to stop the doom loop, the ECB also conducted two 3-year Very Long Term Refinancing Operations (VLTROs) in December 2011 and February 2012. A combined gross amount of more than a trillion euros was allotted, giving banks funding uncertainty, easing redemption of maturing bonds and helping to sustain credit lines with households and firms.”

“[Initially in 2009-2010] part of the “Enhanced Credit Support” policy was the first Covered Bond Purchases Programme (CBPP)… The Security Markets Programme (SMP) was introduced to address malfunctioning sovereign bond markets following the outbreak of the sovereign debt crisis, in particular in Greece, Portugal and Ireland, which suffered from illiquidity… The SMP ran until the end of December 2012.
In June 2014… a renewed round of credit easing measures with a series of targeted longer-term refinancing operations fixed at the MRO rate…were announced…. The maximum maturity for the TLTROs was set to September 2018, and the initial allowance amounted to 7% of outstanding loans to the euro area non-financial private sector. The maturity of the loans was conditional on banks achieving certain lending thresholds to the corporate sector.
These credit easing measures were complemented by an asset-backed securities purchase programme (ABSPP) and a third covered bond purchase programme (CBPP3) in September 2014.
In January 2015 the ECB announced an expanded Asset Purchase Programme, with average monthly purchases of public and private sector securities…Through the portfolio rebalancing and signalling channels this put further downward pressure on long-term interest rates and flattened the slope of the yield curve. At the same time, it led to a big expansion of the central bank’s balance sheet.” 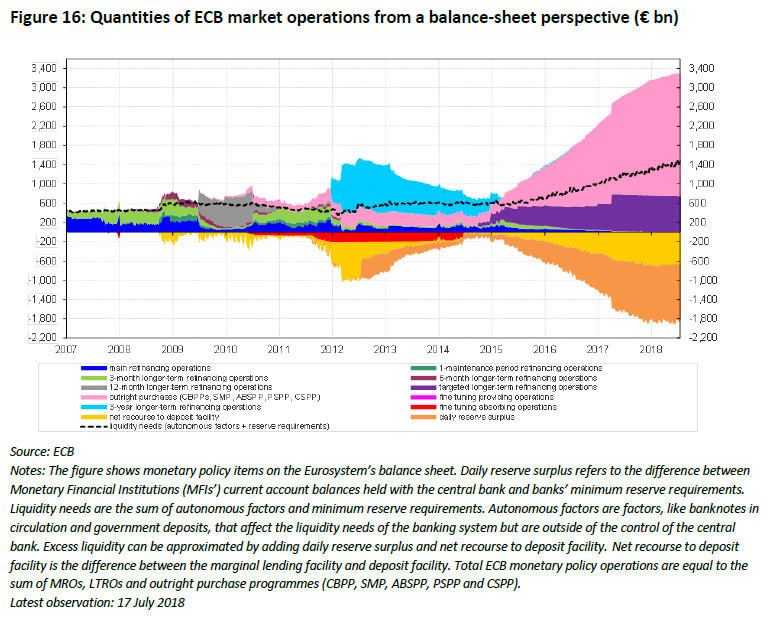 “The ECB was… the first major central bank to also go into negative interest rate territory…A negative deposit facility rate, was introduced in small steps of 10 basis points and followed positive experience with negative rates in a number of smaller countries such as Denmark and Switzerland…On 10 March 2016, the ECB lowered the DFR to -0.4%. “

“Overall, the research evidence on the effectiveness of the ECB’s non-standard measures in easing financial conditions, stimulating the economy and bringing inflation back to the ECB’s inflation aim is quite encouraging and suggests that concerns that central banks may be powerless when interest rates hit the zero lower bound may be overdone…
The main transmission channel is through the easing of financial conditions and financing costs. Counterfactual simulations by ECB staff estimate that the 2014 policy package has had a considerable impact on euro area financing conditions. Figure 27 shows some of the results. For example, without the ECB’s measures the 10-year sovereign yield for a euro area GDP-weighted aggregate would be about 150 basis points higher and lending rates to euro area non-financial corporations (NFCs) approximately 70bps higher.”

“Legally the ECB is probably one of the most independent central banks in the world. Its independence is not simply a result from domestic law, but is based on an international treaty (the Treaty on European Union, EU 2012a). Changing this treaty would require the agreement of every signing country.”

“The absence of sufficient institutions and tools for solving the related collective action problems in a highly integrated monetary union of sovereign states with primarily national fiscal and supervisory policies posed formidable challenges for the ECB’s monetary policy.
ECB monetary policy itself could not address the underlying solvency issues of either banks or governments. In fact, the prohibition of monetary financing laid down in the Treaty forbids the ECB to directly finance governments or government tasks such as the recapitalization of banks… Instead, such solvency issues can only be effectively addressed by prudential and fiscal authorities.”

“[Since the sovereign credit crisis] political agreements were reached to build a Banking Union – with the setting up of the Single Supervisory Mechanism (SSM) at the ECB and a Single Resolution Mechanism – and to strengthen the back-stop for governments through the permanent European Stability Mechanism (ESM).”

“Over the course of the sovereign debt crisis, a new phenomenon had slowly emerged, redenomination risk – the risk that euro assets could be redenominated in legacy currencies. In other words, some premiums priced into the government bond yields of a few countries reflected increasing market-derived probabilities that those countries could leave the euro. In 2011 and, particularly, in 2012 some of them reached new heights increasing the cost of funding for several stressed euro area countries and seriously hampering the transmission of the ECB’s policy stance to the real economy in those countries. Preserving the unity of the euro area became the defining challenge of the crisis.”

“Making explicit reference to the need for breaking the sovereign-bank nexus, the euro area countries agreed to start… a European Banking Union…with a Single Supervisory Mechanism (SSM) at the ECB…Already before, it had been agreed [to establish] the European Stability Mechanism (ESM), an intergovernmental organization to safeguard the financial stability of the euro area through financial assistance against strict conditionality to member states with severe financing problems. The ESM has a lending capacity of EUR 500 bn. and assumed later also the possibility of direct bank recapitalizations.”

“On 26 July 2012, ECB President Draghi delivered a speech in London in which he gave the assurance that: “Within our mandate, the ECB is ready to do whatever it takes to preserve the euro. And believe me, it will be enough.” Several days later, on 2 August 2012, the ECB’s Governing Council announced it would introduce an outright monetary transactions (OMT) program. The OMT programme consists of purchasing sovereign bonds in secondary markets under strict conditions.” 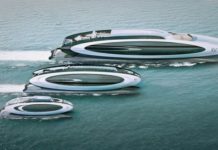 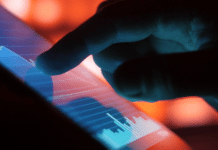 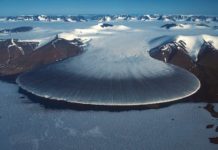 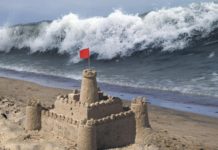 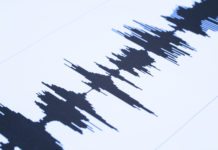