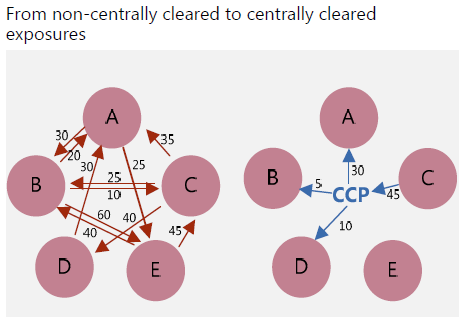 What is central clearing?

“A central counterparty (CCP) is an entity that interposes itself between the two counterparties in a financial transaction. After the parties have agreed to a trade, the CCP becomes the buyer to every seller and the seller to every buyer. In doing so, the CCP reduces counterparty credit and liquidity risk exposures through netting.”

The rise of central clearing after the great financial crisis

“After the Lehman Brothers default in September 2008, central counterparties continued to function smoothly despite abnormally high market volatility. Within a short time frame, the positions of Lehman clients were either transferred to other, non-defaulting, CCP participants or liquidated…To reduce the systemic risks resulting from bilateral trading, the G20 Leaders agreed at the 2009 Pittsburgh Summit that all standardised derivatives contracts should be traded on exchanges or electronic trading platforms, where appropriate, and cleared through central counterparties (CCPs).”

“Since then, central clearing has evolved. The share of centrally cleared transactions has increased significantly; CCPs have expanded; the industry has remained highly concentrated… At the end of 2014, two CCPs accounted for nearly 60% of the total volume of cleared transactions…The range of banks and other financial institutions that channel their transactions through CCPs has broadened. As a consequence, more and more connections in the global financial system run through CCPs.”

“In 2014, more than half of the notional amount outstanding of derivatives transactions was centrally cleared, almost double the percentage in 2009. This trend is likely to continue in the near future, boosted by the implementation of further clearing obligations in the European Union.”

The nature of central clearing risk

“The concentration of trading exposures in CCPs involves specific risks. One set of risks relates to…general business and operational risk. Another set arises from the possibility that a participant is unable to meet its trading obligations. This may give rise to liquidity risk, if the CCP has to advance payments that a participant cannot make, and to counterparty credit risk, if the participant is unable to cover losses on its positions because of its default.”

If a clearing participant defaults, a CCP typically has three lines of defence to cover the resulting losses… The sequence of resources to be used in the case of losses follows a predefined ‘waterfall’…

“The links between CCPs and financial institutions take different forms, and create several layers of interconnection… First…every systemically important bank participates in many CCPs, often in multiple jurisdictions… Second, banks are key providers of financial resources to CCPs. As direct clearing participants, they supply default fund contributions. Banks also supply liquidity lines or other backup facilities… Finally, banks may also be the owners of CCPs. At the end of 2014, 14% of CCPs were directly owned or managed by commercial banks.”

“Whether…central clearing absorbs or spreads losses depends on the size of the shock and on CCPs’ financial resources….Once losses exceed the CCP’s prefunded resources, the same features that make a financial system more resilient may become sources of instability…Generally, the activation of a CCP’s unfunded liquidity arrangements or other recovery instruments may impose financial strains on clearing participants.”

“For example…the CCP’s own liquid assets and backup liquidity lines made available by banks may provide effective insurance against liquidity shocks resulting from the difficulties of one or a few clearing members. But they can hardly provide protection in the event of a systemic shock, when a large number of clearing participants – potentially including the providers of liquidity lines – become liquidity-constrained, thereby triggering domino effects.”

“Ultimately, if the (exogenous) shock is so big that losses exceed the CCP’s prefunded and callable resources, a CCP could be forced into resolution and fail. Such a failure may have system-wide effects: clearing participants might find it difficult to manage positions if a CCP fails; and all clearing participants would have to find alternative ways of closing trades, at a time when there might be heightened uncertainty…From an international perspective, risks can be correlated across CCPs in several jurisdictions.”

“An unexpected tightening of CCP risk management could…lead to liquidity pressures on participants that could ultimately trigger fire sales and a self-reinforcing deleveraging.”

“One key determinant of possible pro-cyclicality is the margining practices of CCPs… Margins can be destabilising if lenders raise them when price volatility is expected to increase. A request for additional resources from a CCP in difficult times could put pressure on participant banks and indirectly affect the rest of the system….Margin models based on value-at-risk methodologies could still understate the risk in calm conditions and amplify them in times of market stress ().”

“A large decline in the market value of collateral could also trigger pro-cyclical behaviour. A collateral squeeze, particularly if accompanied by high volatility in collateral markets, would reduce the value of initial margins posted to the CCP and trigger requests to members to replenish this value by posting additional collateral. This could force members to deleverage and potentially lead to fire sales precisely when the rest of the system is under stress…The risk of such liquidity strains and deleveraging could be anticipated by the market, triggering “runs” on participants perceived as vulnerable and stoking expectations that become self-fulfilling.” 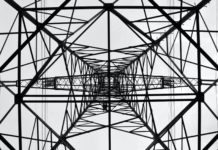 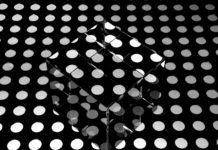 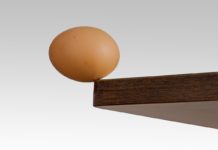 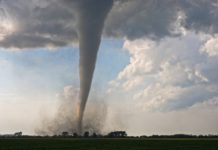 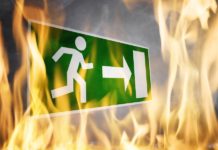 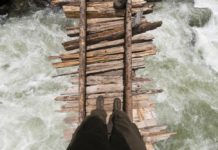 How salience theory explains the mispricing of risk